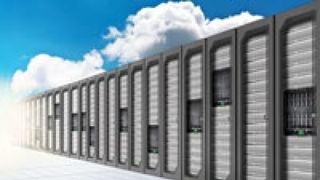 If you are wondering how the “cloud” relates to professional media applications, you are not alone because one of the hottest topics in the IT world these days is cloud computing. So, this month we will look at several concepts behind cloud computing and explore both opportunities and risks for our industry.

What is a cloud?

Clouds are usually used as a symbol for a network — frequently, the Internet. Clouds were used prior to this by telephone companies to signify their nationwide switching network. The Internet cloud that keeps showing up on just about every facility diagram is just a lot of switches, routers and servers interconnected with fiber optic lines and Unshielded Twisted Pair (UTP) cables.

Early in the history of the Internet, the cloud idea was pretty straightforward. Packets transited the network from source to destination based upon the destination IP address in the header. As problems with the Internet were addressed and solved, however, equipment in the cloud became more complex. For example, content started being saved in router caches close to the consumer, rather than being immediately deleted, so that frequently accessed material could be served from the router rather than from the original source. Then, the concept of managed networks emerged, guaranteeing performance through the cloud. Since that time, the cloud gained and continues to gain capabilities as it morphs from being an interconnection of private computers to a collection of servers that are able to provide a wide variety of services to the public.

Whatever as a service

Storage as a Service

Storage as a Service (SaaS) has been around for some time. This service originated when some very large companies decided to try selling excess storage capacity on their Internet servers to the public. Early efforts at offering remote storage services faced several challenges. First, bandwidth bottlenecks, at both the server and consumer ends, presented a major problem. Over time, however, most users have been able to gain access to very high bandwidth Internet connections. Ironically, some successful remote storage services suffered from their own success: As they became popular, the bandwidth needed at their locations increased tremendously as the number of users with high-bandwidth connections increased. In the end, only very large companies with servers distributed all over the world remained viable.

A second challenge was providing a method of connectivity to the remote storage. Early implementations relied on File Transfer Protocol (FTP), Network File System (NFS), Common Internet File System (CIFS), SAMBA or some other remote file system implementation. Media professionals are well acquainted with the issues surrounding large file transfers and FTP. FTP's file size limit varies with operating systems, but even now it is not unusual to find limits of 4GB. Also, unless you are particularly careful, FTP's throttling mechanism will cause exceedingly slow transfers or complete failures of transfers if the network delay is too long.

Later implementations relied on HyperText Transfer Protocol (HTTP) and Secure HyperText Transfer Protocol (HTTPS) for file transfer. In particular, HTTPS alleviated many of the configuration/interoperability issues and also provided relatively secure transit across corporate firewalls. But, HTTPS still did not allow the sort of flexibility and overall architectural design that many remote storage users were seeking. A new, simple, computer-friendly method was needed to access remote storage on the Internet.

Storing video in the cloud

Two powerful ideas combined to enable SaaS. The first is the concept of cloud services. In order to understand this better, it may help to look at a specific example. Amazon has been a major provider of cloud services. Amazon's Simple Storage Service (S3) offers large amounts of storage at very competitive prices. The main difference between remote storage and S3 is the way Amazon presents the storage to the user.

From a business perspective, Amazon is offering storage in the cloud; you are not connecting to a specific server. Instead, you send content to Amazon, and then they put it somewhere. Later, you can search for it or retrieve it. You interact with S3 using Representational State Transfer (REST). REST allows users to interact with services using many common Web programming languages, including Perl, Java and PHP. How you interact with the service is up to you; the results are the same. But the important point is that Amazon provides a storage service to you as a business. How they do it, where they store the content and how they maintain it is invisible to you.

The second concept that has been critical in introducing services in the cloud is the clever renaming of the Internet as “the cloud.” To many people, the concept of a service existing in the cloud is a lot easier to understand than the concept of remote storage offered as a business over the Internet. Which would you rather buy? But, whenever you hear SaaS, realize that vendors are talking about a service being offered on distributed hardware connected to the Internet.

I have attended several professional media conferences where SaaS has been introduced. Without question, the number one issue raised right off the bat is security. Vendors can say all they want about the security methods they use, but we users will always be concerned about whether content stored in the cloud is safe. In fact, I question whether we will ever be totally comfortable with a business where the essential premise is that you do not have to worry about how and where the content is stored because the vendor has you covered.

That said, major broadcasters use Virtual Private Networks (VPNs) for on-air video delivery every day. Perhaps over time, financial considerations will overcome our concerns for security, or better yet, perhaps vendors will offer professional media services such as SaaS on secure, managed networks.

Software as a Service

Another area that may ultimately be interesting for professional media companies is Software as a Service (also SaaS). Two professional media applications that immediately come to mind are video editing and video transformation. Imagine a video editor application available on the Web. Now, also imagine that you are willing to store content in the cloud. One can then quickly see a professional video application where you can work on your project from virtually any computer. You can give others access to your project, allow them to see rough-cuts in real time and interactively participate in an editing session — even though editors and clients may be hundreds or thousands of miles away. Editors can access the same content for different projects (a news story and a segment of a long-format news show, for example). Editing applications can be written to allow differing editing functionality based upon the capabilities of the end-user device (workstation vs. tablet) and bandwidth available.

Video transformation as a service involves giving content to a service and asking the service to transform the video in some way. This has been done for some time in the Hollywood community, although the concept of offering this as a service is relatively new.

Software as a Service challenges several long-standing practices. For example, the software is not owned or maintained by the end user; the functionality of the editor depends on the end-user device, and content is stored in the cloud. However, we may be willing to accept these changes given the flexibility and capabilities presented by SaaS.

New cloud services are coming, and security and viability concerns of these services for professional media exist. But, realizing them as Internet-based server options helps frame informed talks with vendors.

Send questions and comments to: brad.gilmer@penton.com