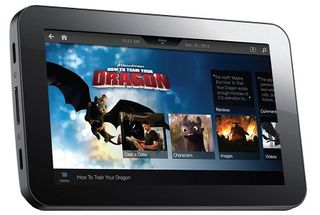 “Multi-user systems are on the front line of the multiscreen and multiplatform evolution now, shaking up the TV business,” says Martin Caniff, president and founder of Solekai Systems Corp., which itself is behind the scenes for many of these developments. Caniff describes “multi-user” systems in the context of multiscreen delivery, which lets TV viewers—whether within a household or at several remote locations—watch and interact with each other, often across platforms.

To Caniff, the primary features of the multiscreen experience are essential for new systems such as UltraViolet and the TV Everywhere initiatives. Solekai has used its software engineering expertise for the design, development and integration of these multiscreen services. The assignments have further convinced Caniff that the television industry’s infrastructure is about to change dramatically.

NETWORK SET-TOP BOX
At the epicenter of the overhaul are new products such as a “network set-top box.” He calls it a natural successor to the “network DVR,” which has been expanding along with the growing implementation of cloud video delivery services.

Caniff’s enthusiasm for multiscreen systems revolves around work that Solekai is doing for the Digital Entertainment Content Ecosystem LLC (DECE), a consortium of Hollywood studios, consumer electronics makers and retailers, and network hardware vendors. DECE is the entity behind UltraViolet, the long-promised cloud video service backed by several studios. Major UltraViolet distribution announcements are expected in January or early next year, according to TV Technology sources.

“We focus on the design of services such as compliance testing and engineering structures,” Caniff explains. Solekai’s media, networking and hardware clients have included platform and content developers, content distribution networks (CDNs), download service providers (DSPs) and hardware makers. Among its recent projects was implementation for the Locker Access Streaming Providers (LASPs) for UltraViolet licensees.

Solekai has also been working with MediaNavi, a joint venture between Technicolor and DreamWorks, which in the past year has launched an application that aggregates content from multiple sources (live TV, movies, music, apps) and adds a discovery engine that enables users to find the content they want across platforms.

The MediaNavi service, M-GO, aggregates content and adds a discovery engine that enables users to find the content they want across platforms. Solekai also worked with TiVo on its multiscreen and set-top box development.

Such projects have further convinced Caniff about the “inevitability of multiscreen, multiplatform, networked delivery” and its impact on the TV industry. He cites the appetite and interest in the TV Everywhere initiatives at September’s IBC2012 in Amsterdam.

“Broadcasters are joining cable operators and content providers in their quest to figure out how to position [their companies] for the on-demand environment that consumers are embracing,” Caniff said. “The negotiations are going on among content distributors, who still want to control access to their revenuegenerating assets in the multiscreen environment.”

MULTI-USER APPS IN A MULTIDEVICE WORLD
“Cloud services and smart TV sets are the new ways to deliver content to the home,” Caniff said. He believes that studios and content distributors will become satisfied that the emerging ecosystem will provide the necessary security for content and rights management.

As strong proponents of “multi-user apps that work in a multidevice environment,” Caniff and Solekai’s 100-person staff in San Diego are exploring methodologies that can deliver such services.

Much of Solekai’s efforts involve the development of tools and software for ongoing operations in the evolving environment. Its work has encompassed development of testing, validation and compliance/certification support, userinterface and hardware abstraction and porting across platforms and conditional access integration.

Also essential in this multiscreen structure is an integrated search and discovery process, including user-friendly program navigation systems. Countless ventures are pursuing some “magic formula” for cross-platform video search—including Google, Apple, Microsoft and, most recently, Nintendo. (Nintendo’s upcoming Wii U “GamePad” controller, a wireless touchscreen tablet, is being positioned as yet another approach to smart TV multimedia access and control.)

Solekai, like other technology developers, is keeping an eye on the competitive emerging approaches and the fickle consumer adoption of systems that enable them to access the content they want.

Caniff’s perception is that all media and technology operators and providers need to be ready for the inevitable changes ahead. He cites the complexity of the multiplatform processes, pointing to a recent presentation that another Solekai executive delivered at a London conference.

The central message there focused on the integrated implications of production, post-production, authoring and testing as ingredients in the creation of best practices for the UltraViolet launch.

“We keep identifying more opportunities on both the consumer use and the content delivery sides of this equation,” Caniff says. He points to groups such as the Second Screen Society as a forum where the technology providers and content creators can work together to develop “compelling new experiences for consumers in this new multi-user, networked video world.”