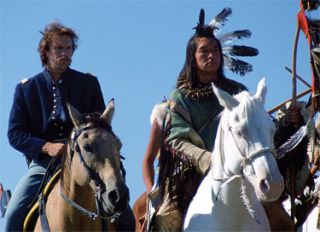 LOS ANGELES
With 5.1 audio now well established in a variety of broadcast, film and video formats all eyes are on the next frontier of multichannel surround, 7.1. But while this newer eight-channel format has a commercial outlet on Blu-ray Disc, producers and post producers are, perhaps not unsurprisingly, wary of jumping wholeheartedly into 7.1 as memories of the short-lived DVD-Audio format linger and digital online delivery threatens to leapfrog in popularity over hardware discs.

But, cautioned Heiber, "Everybody is thinking about it, but nobody is committed to it 100 percent. A lot of the work was preemptive, you might say. Blu-ray Disc (BD) player penetration is improving, so it's just now that we're starting to see the ability for the home theater enthusiast to really enjoy this at a consumer price level as opposed to an audiophile price level."

Plus, Blockbuster now devotes significant shelf space to BD titles, Heiber observed. "The distribution guys are really starting to push it onto the consumer in a way they may not even be quite aware of. By controlling it in the distribution medium they can force the technology onto the consumer, because the rental price is the same and the prices of the players have come down to that of standard def players."

Heiber offered another factor possibly working against the faster adoption of 7.1 by consumers and professionals. "What has been an obstacle, I think, is where is direct delivery, Internet delivery, electronic delivery, to the home? What provisions will be made for 7.1 when you have limited bandwidth? I think that's put people on the fence a little bit, consumers especially," he said.

IT'S IN THE CONFIGURATION

Potentially adding to the confusion, post production and authoring tools support a multiplicity of 7.1 speaker layouts. No one expects consumers to rearrange their speakers from one disc to the next, of course, so two configurations have emerged as favorites, according to Randall Smith, senior audio engineer at Post Haste Sound in Los Angeles.

Happily, audio tools now exist that take some of the heavy lifting out of remixing into 7.1, from whatever original multichannel elements (mono sources typically require a lot of manual work). For example, Smith employed DTS Neural Upmix software to remix "The Rocky Horror Picture Show" from 5.1 and other elements to 7.1 for BD release this year.

This was the first post project to use the newly released software, according to Smith. "I needed to tweak Upmix a little, solely because the source material didn't have a lot of surround activity," he said. "It's kind of a passive program. If you have a 5.1 element and you want to spread it out to 7.1 it takes the surround information and decides where it's supposed to go based on the spectral content and things like that."

With 7.1 penetration in the home still relatively small, DTS Neural Upmix has one particularly nice feature, he continued. "It downmixes really well. It was nice just knowing that the music was going to fold back down to 5.1."

The software can also intelligently handle any differences between the disc's speaker configuration and the home theater layout, noted Tom McAndrew, pro audio manager, North America for DTS. "Our encoder can set a metadata flag that tells the consumer's AV receiver what the mixing environment was. Some consumer AV receivers will do a spatialization effect to try to recreate that.

"It's great to do a 7.1 upmix but not so good if you have a consumer environment that's only 5.1 or stereo, and the result of the upmix is destructive in those lower speaker count homes. This product does not do that."

Neural Upmix offers an assortment of tools, he continued. "It upmixes 5.1 to 7.1 and also two-channel to 5.1 and two-channel all the way to 7.1. So we think it also has a lot of applications for broadcast post, and things where you have a two-channel budget but you have to deliver a 5.1 show."

DTS has paid a lot of attention to the quality and ease of the professional workflow with Neural UpMix and the DTS Master Audio suite, according to McAndrew. "The Master Audio suite is very easy to use, it's a fast encoder, and it's a single file that comes out. The lossy and the lossless component are all one file, so it's one encode and one QC pass. The professional workflow is what's really made a difference for us in terms of adoption of DTS on Blu-ray Disc."

Chris Reynolds, technical supervisor/mixer, Chace Audio by Deluxe, recently performed a 7.1 remix of "Dances With Wolves." Smith certainly appreciated the workflow during the remix of "Rocky Horror." "We did do an entire pass with it folded down to mono, just to be sure we had our downmix set up correctly," he said. "We did emulate the stream, so we were listening to the encoded DTS Master Audio stream folded down to 5.1, which we really think is an important thing to do."

But Smith suspects that not all source material might benefit from a 7.1 remix. "We try and be as honest as possible. If someone came and asked for 'On Golden Pond' or 'Driving Miss Daisy' in 7.1 we're going to tell them it's not a great idea."

It may appears counter-intuitive, but the director's cut of Kevin Costner's "Dances with Wolves," due for MGM release in 2011, recently got the 7.1 treatment from Chris Reynolds, technical supervisor/mixer at Chace Audio by Deluxe. "In my memory I was thinking it had these big battle scenes but they're really short, and there's not even a lot of gunfire; it's mostly music. But the cool thing about [7.1] was the ambiences. In the scenes where he's out on the plains it really gives it some great depth and space. You really feel more enveloped."

Reynolds is open to using various upmixing techniques, he says. "Some of it is discrete, but we use a lot of different plug-ins. Recently we've been using the DTS Neural Upmix. Really it's just what sounds best for what we're working on. And I've used a lot of different approaches depending on musical genre."

In addition to nearfield 7.1 remixes for the home market, Chace has also worked on some 7.1 videogame trailers for BD release. As for future business, offered Heiber, "I think there's some interesting potential as 3-D, particularly catalog, tries to make its way into the home. A few films were released in stereo in the '50s, but most were mono. We have a couple of clients asking us to look at these pictures to see the potential, and if there is enough material that we can manipulate authentically."