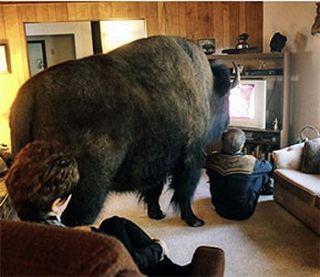 A lot happened in the television industry over the last 12 months, including the launch of 3DTV, Mobile DTV, the FCC’s redesignation of TV spectrum and signs of economic recovery. The mainstream stories were punctuated with a few on the fringes. TVB presents its top 30 for the year. . .

November 30
FCC Opens TV Spectrum for Broadband Use
Baker calls for exploration of MPEG-4 and OFDM
The FCC launched the procedure to open broadcast spectrum up for broadband use.

November 9
KCBS News Chopper Captures Mystery Missile Launch
Military officials puzzled
A KCBS-TV news chopper captured what was thought to be a missile contrail swiftly rising off the coast of Los Angeles. Military officials eventually concluded it was that of a commercial airliner.

October 28
Cablevision Subscribers Sue
Customers report cutting the cord
Cablevision customers sat out day 12 of a Fox black-out. Three among their numbers were sufficiently incensed to file a $450,000 class action lawsuit against the cable operator.

September 30
“Star Wars” in 3D to Hit Theaters in 2012
All six films will get third-dimensional treatment
“Star Wars” will return to theaters next year in 3D. All six films be released in story order instead of based on their original release dates.

September 22
Broadcast Tower Crew’s Free Climb Captured on Helmetcam
Technicians scale 1,768-foot structure without using safety lines
A seven-minute video of free-climbing tower technicians had the broadcast engineering community abuzz. “Stairway to Heaven,” was meant to illustrate a workday in the life of a tower technician equipped with a helmetcam.

September 14
Gadget Blog Reports Google TV to Launch in October
Fall release first announced in May
The tubes were alight with reports that Google would launch its TV venture in October. It landed with a thud.

August 9
Buyers Stampeded Kmart’s $150 Android Tablet PC
Google apps will be removed from later models
Kmart had a run on a new tablet PC powered by Google’s Android operating system when it knocked a mere $20 off the price.

June 25
Young Broadcasting Erases $800 Million Debt in Ownership Transfer
Company now in the hands of private investors
Young Broadcasting is officially a private company. It’s now in the hands of investors who were formerly Young’s senior lenders. They purchased Young’s assets for $220 million in a Chapter 11 reorganization that wiped $800 million in debt off of the books.

May 20
Japan Pledges 3D Holography for 2022 World Cup
Rudimentary holographic TV demonstrated at NAB 2009
Japan said it would have holographic TV technology ready in time to host the 2022 World Cup soccer event. That did not convince FIFA, however, which selected Qatar for the event.

April 5
Google Positions to Take on Hulu
Hulu gets into iPad app queue along with every known entity in solar system
Google is boosting the commercial quotient of its online video business in the direction of Hulu.com, while that site is claiming its first profit and eyeing an iPad presence.

February 23
FCC Says 93 Million Americans are “Disconnected”
Some consider it the Internet a “waste of time”
The FCC has determined that about one-third of Americans don’t have a broadband Internet connection at home. The main barriers to adoption are cost and literacy.

February 18
Who Has Mobile DTV Rights?
As beta trials ramp up, the question emerges
Mobile DTV is more than merely a simple matter of putting an ATSC M/H signal on the air. There’s a question of rights.

February 8
InPhase Technologies Shuts Down
Company assets were seized by state
InPhase, spun out of Bell Labs around 10 years ago. Within five years, it was demonstrating holographic storage, whereby data is stored within the physical body of a disc rather than merely on the surface.

January 5
TVB’s 3DTV Timeline
2009 was a watershed year for 3D video technologies
Despite the economic difficulties of 2009, the year marked a turning point in the adoption of 3D a viable entertainment format. TVB presents a timeline of 3D video developments over the last year, from content to workflow initiatives to display technologies.