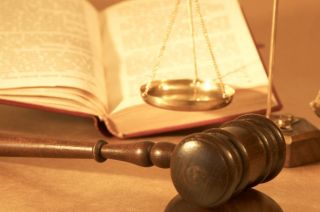 PHILADELPHIA: A federal court today prohibited common ownership of newspapers and TV or radio stations in the same market. The U.S. Court of Appeals for the Third Circuit struck down a 2008 ruling by the Federal Communications Commission that allowed cross-ownership in certain cases.

“We have little choice but to conclude that the FCC did not... fulfill its obligation to make its views known to the public in a concrete and focused form so as to make criticism or formulation of alternatives possible,” the court said.

The court also upheld other ownership limits imposed by the FCC in 2008, including those applying to local TV and radio stations and networks.

Newspaper-broadcast cross-ownership was banned since 1975 when the FCC relaxed it three years ago, granting permanent waivers in five markets; for Gannett in Phoenix, Ariz.; and for Media General in Myrtle Beach, S.C., Columbus, Ga., Panama City, Fla., and Tri-Cities Tenn./Va. Other companies with newspaper-TV combos include Tribune’s in Los Angeles, New York, Chicago, Miami and Hartford, Conn.; and News Corp.’s in New York, among others.

“There have been sweeping changes in the media landscape since most of the broadcast ownership rules were adopted decades ago. NAB believes that modest reform of rules to allow free and local broadcasters to compete successfully in a universe of national pay TV and radio platforms is warranted.”

The FCC is currently reviewing media ownership rules in its regular quadrennial proceeding. The commission recently released five studies it will use in its next determination of the rules, which are typically fraught with legal challenges. (See “FCC Media Ownership Studies Access Civic Engagement and Localism.”)

The newspaper/broadcast rule prohibited common ownership of a full-service TV or radio station and a daily newspaper if the station’s Grade A contour completely encompasses the newspaper’s city of publication. The 2008 rewrite allowed waivers in cases where the public interest was served by cross-ownership. Today’s ruling remands those waivers.