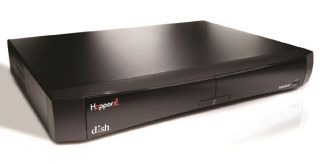 LOS ANGELES: Judge Dolly Gee of the United States District Court for the Central District of California denied Fox’s request to order Dish to stop skipping network TV commercials, published reports indicate. While the judge’s decision has not yet been published, Dish ballyhooed the preliminary victory in a press release distributed Wednesday.

“The ruling enables the company to continue to offer its subscribers the Hopper Whole-Home DVR with both the PrimeTime Anytime and AutoHop features,” the direct broadcast satellite TV provider said. “Dish is reviewing today’s decision and assessing its impact, especially as it relates to the quality assurance process.”

A Fox source responded that, “As reported, the court denied Fox’s request for a preliminary injunction, but we are gratified the court found the copies Dish makes for its AutoHop service constitute copyright infringement and breach the parties’ contract. We are disappointed the court erred in finding that Fox’s damages were not suitable for a preliminary injunction. We intend to appeal that portion of the court’s decision, as well as the court’s separate findings concerning the PrimeTime Anytime service. Dish is marketing and benefitting from an unauthorized VOD service that illegally copies Fox’s valuable programming.”

Dish introduced a commercial-skipping set-top box with the launch of its Hopper whole-home digital video recording system in March. The Hopper allowed subscribers to skip commercials in prime-time HD shows on broadcast networks only—ABC, CBS, Fox and NBC—when viewed the day after air.

In May, as the networks prepared to sue, news of those impending lawsuits leaked. Within 24 hours, Bloomberg said Dish countersued in U.S. District Court in Manhattan, where the company figured it had a better shot based on the court’s 2008 ruling that Cablevision’s DVR did not violate copyright. But Dish countered too swiftly to suit Judge Laura Taylor Swain, who found it “improperly anticipatory,” and ruled that the copyright complaints could be heard in the California court, where Fox, NBC and CBS had filed.

Fox referred to Dish’s Hopper, which is said to record up to 100 hours of HD programming, as a “bootleg” system because of the way it’s configured. Fox’s complaint said the Hopper is “essentially two recording systems in one box. It contains a 2 TB hard drive which is partitioned into two sections—one controlled by Dish and one controlled by the subscriber. The bootleg Primetime Anytime copies are made by Dish and are stored on the Dish-controlled section of the hard drive…

“On information and belief, the programming recorded by Dish… consists exclusively of copyrighted network programming,” the compliant said. “Fox has not consented to the recording of its copyrighted programs by Dish, or to the distribution by Dish to its subscribers of copies of all of Fox’s primetime programming for subsequent on-demand, commercial-free viewing.”