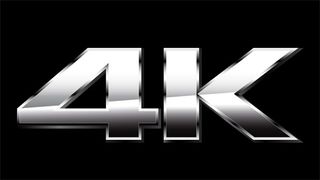 With the consumer-set manufacturers pushing hard on 4K, we broadcasters really need to have a serious look. When I first speak with industry people about 4K, the subject is frequently dismissed with a rather negative refrain: “4K is just another 3-D.”

First, 3-D, from a plant infrastructure point-of-view, isn’t really that painful to deal with. On the production side, for those not too serious about quality, it’s a matter of simply encoding 3-D camera feeds directly into a frame-compatible, side-by-side format and pushing it through standard HD production and editing techniques. On the playout side, with a few tweaks to graphics — such as logos and branding — 3-D is complete.

For those more concerned with quality, however, left and right channels have been kept separate until the final transmission. As an equipment manufacturer, we added in 3-D modes to help keep the two channels tied together for processing, routing, distribution and playout operations. Doing this future-proofs equipment buys for “if and when” 3-D is required. To date, 3-D has had limited reach, which brings us back to the industry’s current concern: Will the same happen with 4K? To seek an answer, let’s look at 4K from two points of view — consumer and broadcaster.

On the consumer side, 4K is here to sell newer sets at higher margins because new technology makes 4K possible. It really is as simple as: We can do it, so why not? Looking deeper into various technical details about 4K sets, the push is that the picture is 4X sharper than HD. While impressive on the surface, this simplistic approach ignores how 4K video gets into the set, as well as the practical numbers around set-size and viewing distance.

We cannot even see the difference between 720p and 1080p when viewing a 50in set at 10ft. In order to see the difference between 1080p and 4K, dozens of stats out there agree that you need a set larger than 70in. (Many say that larger than 85in is required.) As most living rooms don’t have the space to support a practical viewing distance for 85in sets, this will be a hard sell for the masses. As for audio, 4K supports 22.2 sound. That said, can you imagine having 24 speakers in any room in your home?

On the broadcast side, the idea of 4K transmissions is the primary concern. This goes well beyond the fact that new standards are required. The transmission concern is largely practical and expressed with a couple of questions: Who needs it, and who will pay for it? With the industry currently pinched trying to get to 100-percent full HD operations and scrambling to deal with multiscreen requests, it’s hard to justify diverting energy toward 4K when ROIs aren’t there. Also, there is no frame-compatible mode for 4K. That said, even with a frame-compatible transmission mode, 3-D wasn’t very successful.

So, do we just forget 4K? Certainly not. Looking well beyond the super high-end videophiles, boutique 4K channels and cinema usages, there is a clear home for 4K within a broadcast plant without ever putting a single 4k feed out to air. (See Figure 1.)

There clearly is no single standard format yet. We are seeing 4K at 30p being run. (Frankly, it looks great until the camera pans.) Given we are moving to 50p or 60p, why would anyone even consider less than this for any type of fast-moving event such as sports? Within a plant, this would mean that 8 x 1.5Gb/s paths would be required, or 4 x 3Gb/s ones. Even set manufacturers still need to figure out how not to require four HDMI cables. Clearly, fiber is the only way to go.

In the production environment, 4K is going to be great. Shooting at 4K and using your file-based editing systems is perfect. Zooms and pans can be produced in post more elegantly without a loss in resolution during the editing process. This is a true bonus, resulting in lower production costs and fewer reshoots. The statement “fix it in post” has a new meaning. In this environment, 4K streams never happen beyond the editing room. All is kept as files, so there is no need to worry about tying up so many SDI paths.

Other areas where 4K is useful are in MC and other monitoring settings that run SD and HD. The switch from dozens of CRTs to flat screens has created a dilemma: Users forget that putting 16 PIPs on an HD screen is not equal to having 16 HD monitors. The monitor’s maximum resolution is divided by 16 for each PIP. As operators often sit very close to monitors, switching to 4K radically improves this quality. Those same factors make 4K useful in trucks and OB vans.

In summary, It’s understandable that broadcasters have concerns about 4K coming on stream, requiring new plant systems and new distribution formats that consumers expect for free. On the consumer side, we will see the price of 4K flat screens coming down. More and more plant equipment will become future-proofed for 4K. There is no reason to be frightened over 4K because, without putting a single 4K feed out to air, broadcasters can embrace 4K technology to improve their build-outs and productions.