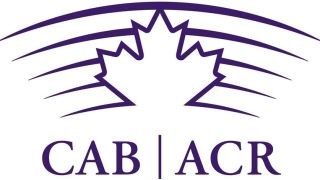 OTTAWA—Canadian local broadcast stations—both TV and radio—are heading into dire straits if no action is taken, according to the Canadian Association of Broadcasters.

A new report from Communications Management Inc. (CMI), commissioned by CAB, is projecting that between 2020-2022 there will be a revenue shortfall of $1.06 billion. In addition, of the 737 private radio stations in Canada, 50 could shut down within the next four to six months, while another 100-150 could do so in the next year and a half, resulting in potentially 2,000 lost jobs.

There is also a projection that the number of total private conventional TV reporting units is set to shrink from 95 to between 50 and 60 over the next three years.

CMI says that the most vulnerable operations are AM stations, as well as independent and other private radio and TV stations in Canada’s smaller markets.

As a result, CAB is calling for “government and regulatory support to create a more fair and sustainable future.” If no support comes, CAB says that the wave of local private broadcaster closures will eliminate local community media voices and reduce the diversity of new choices.

According to CAB, private conventional TV accounted for 75% of spending and 85% of viewing by Canadians, making it the “most important and most efficient source of local news.”

Internet platform’s draw of advertising dollars from these broadcast stations has been cited as a key reason for the current dilemma. CAB says that private radio revenues have been in decline since 2014, while private conventional TV revenues have declined six out of the eight years since 2011.

The Canadian government has provided some relief during to these broadcasters during COVID-19, but the CMI report and CAB are pushing for an emergency regulatory relief for this broadcast year. Specifically, CAB wants the Canadian government to devise and implement additional forms of assistance; enact regulatory relief, and; conduct a review of the future of media in Canada.

The full CMI report is available at www.cab-acr.ca.