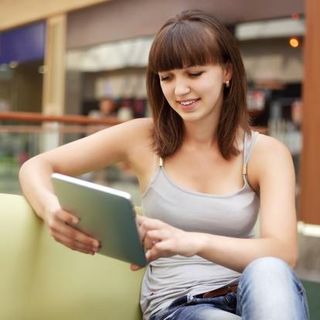 Apple continued to hold the greatest market share for media tablets in the third quarter of the year at 55 percent of all tablets shipped, its tenth consecutive quarter of occupying the top spot, according to new data from ABI Research.

However, Android OS-based media tablets are chipping away at the iPad’s share of the tablet market, which was the lowest since Apple introduced the device in 2010, finds ABI Research’s Media Tablets and eReaders Research Service.

“With the introduction of a smaller, lower-cost iPad mini, Apple has acknowledged Android’s beachhead of 7in-class tablets, though at the same time, it has failed to deliver a knock-out punch through innovation, pricing and availability during the most critical selling period of the year,” says ABI Research senior practice director Jeff Orr.

According to ABI Research, Apple’s new iPad mini is shifting demand for standard iPad models down market instead of taking market share from Android devices. In fact, the market research firm says the limited availability of iPad mini may be the saving grace as end-of-year buying ramps.

Apple gave up about 14 percent of its share in Q3 to various competitors, including Samsung, Amazon and ASUS. A total of 44 percent of tablet shipments are now powered by Android.

“As the OS of choice for the majority of device OEMs, we expect the Android ecosystem to continue growing in numbers — new manufacturers, better device choices for reaching more markets and more developers finding value from apps and content,” adds Orr.