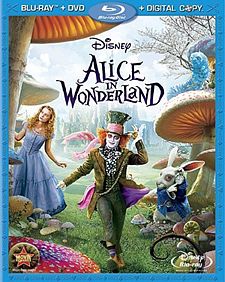 "Alice in Wonderland," the 3D/IMAX 3D theatrical blockbuster from Disney Studios, maintained the top slot in the latest tally of Blu-ray title sales.

Two Blu-ray newcomers — "Shutter Island" from director Martin Scorsese and "From Paris with Love" both beat out former frontrunner "Avatar," which held the fourth post just ahead of "The Wolfman." Only one entry from television — the 11-hour BBC nature documentary "Life" — made the Top 10 with its sixth-place finish.

The Blu-ray Top 10 title sales for the week ending June 13, according to Nielsen VideoScan: